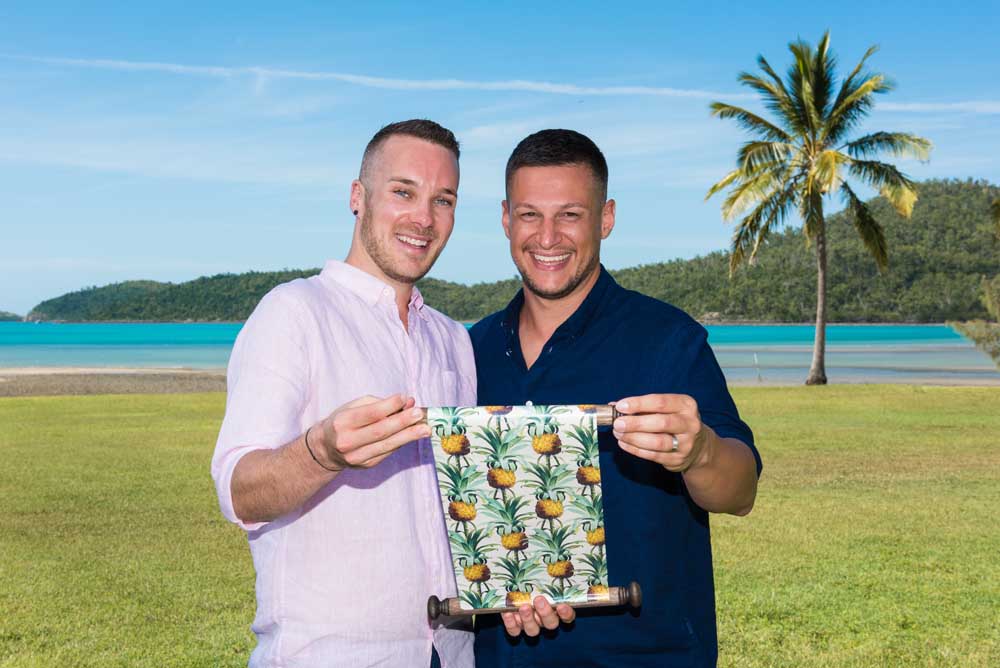 Along with ‘Carly and Tresne’ from the 2014 MKR, they’ve just been invited to the wedding of the year in the Whitsundays.

The invitation was extended by grooms-to-be, Joshua Breakwell and Joshua Starr, from the lawn at Paradise Cove Resort where on August 3 they will tie the knot.

After winning a $50,000 wedding giveaway to celebrate marriage equality, Joshua Breakwell told the 16 suppliers donating their services he had been overwhelmed by their support.

“Every single person contributing to our wedding is passionate about marriage equality and showcasing this beautiful place,” he said.

“And because we feel the same way too, there are some special people we’d now like to invite.”

Magda Szubanski and Penny Wong both made the guest list for the roles they played in advocating for same sex marriage and leading Australia to change.

“Anthony Callea – you had to travel to New Zealand to marry Tim Campbell, so you of all people know how much this means,” Joshua Starr said.

Meanwhile, Delta Goodrem, Jessica Mauboy and Ricki Lee were described as the Joshua’s idols and asked to entertain their guests.

Gamble Breaux, who once made an Instagram story for the couple after hearing they loved her song, was invited to sing it at their wedding.

Gina Liano was included to keep some of the “rowdier guests” in check.

Em Rusciano was “the most appropriate non-appropriate person” the Joshua’s felt they could invite.

“You’d have to be the goddess of the gays and we know you love a sequin or two,” Joshua Breakwell said.

“(And) Karl Stefanovic – to not ask you to our wedding would be a sin because my grandmother is your biggest fan.”

In the same vein as their elaborate marriage proposal involving a treasure hunt for clues, the Joshua’s ended their invitations with a rhyme:

“For these 12 people we have nothing but praise; so come to our wedding in the wonderful Whitsundays.”

Jess Lawrence from The Wedding Planners Whitsundays said having now met the Joshua’s their invitations made perfect sense.

“And I really hope the celebrities and media who have been invited embrace this and help us share the love and tell the world that Australia is now a place where marriage is for all,” she said.

“I can’t wait for these VIP’s to arrive and see our Whitsunday wedding industry shine – in the wedding heart of Australia of course,” she said. 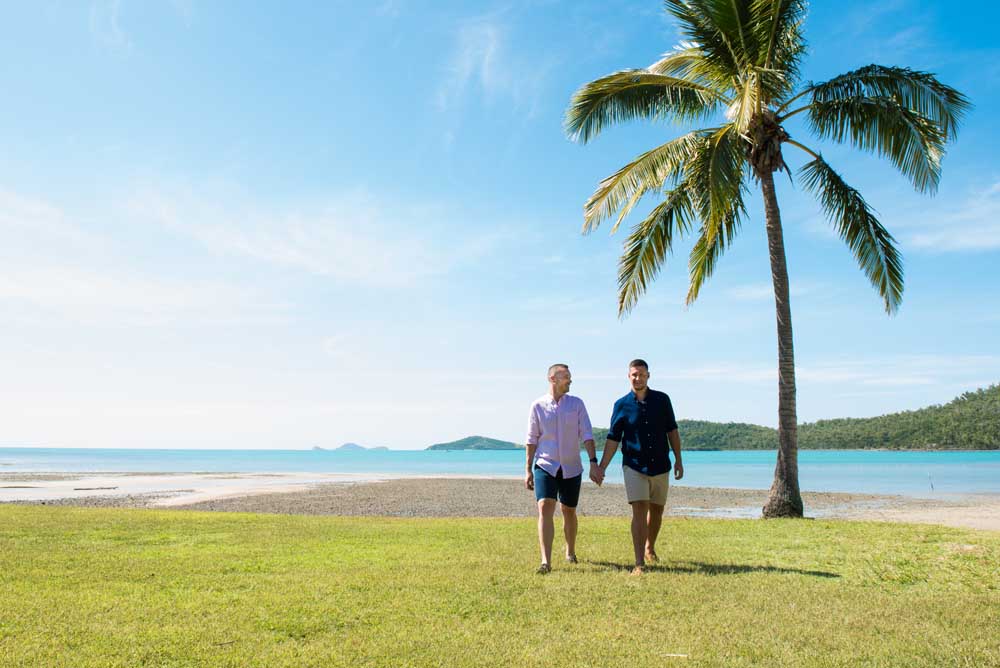 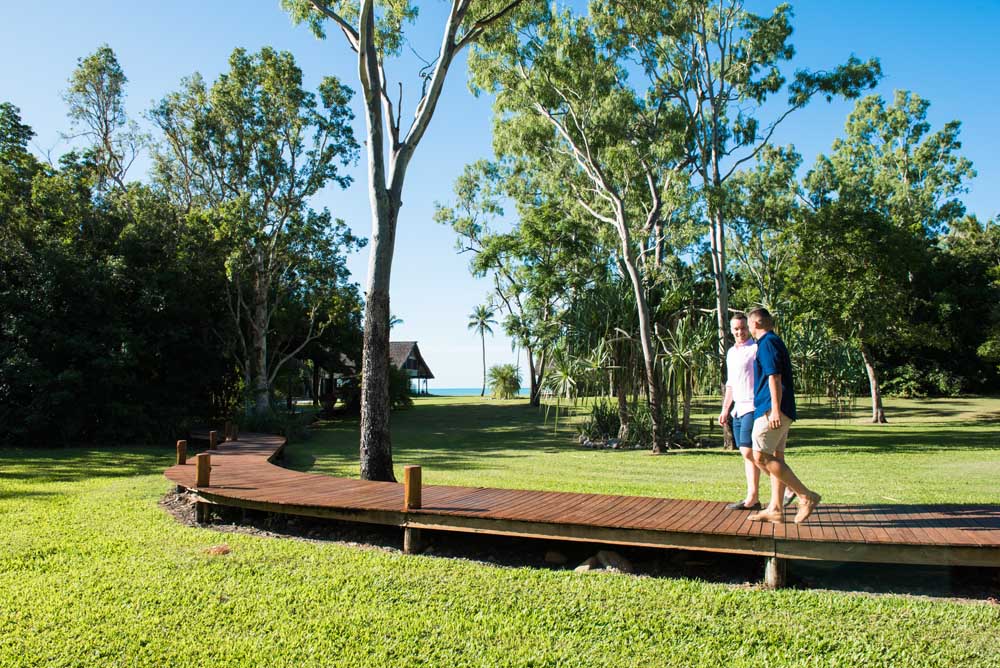 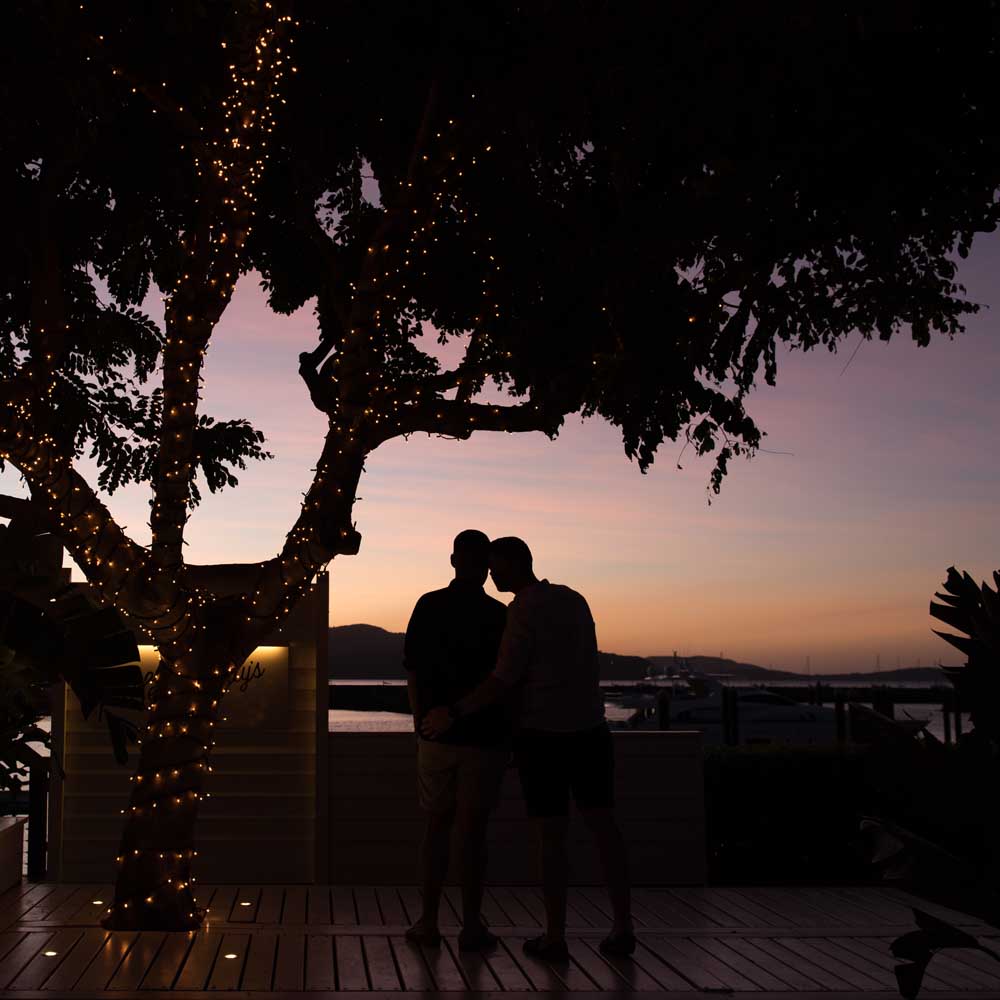